US debt crisis: donkeys and elephants at loggerheads

US President Joe Biden has signed a bill, temporarily raising the government’s borrowing limit to $28.9 trillion and pushing back the default deadline to December 3. The deadlock over the debt crisis has been lifted, but if Congress fails to reach an agreement on next year’s budget and borrowing limit by December 3, the US government will face to a closure and debt debacle. 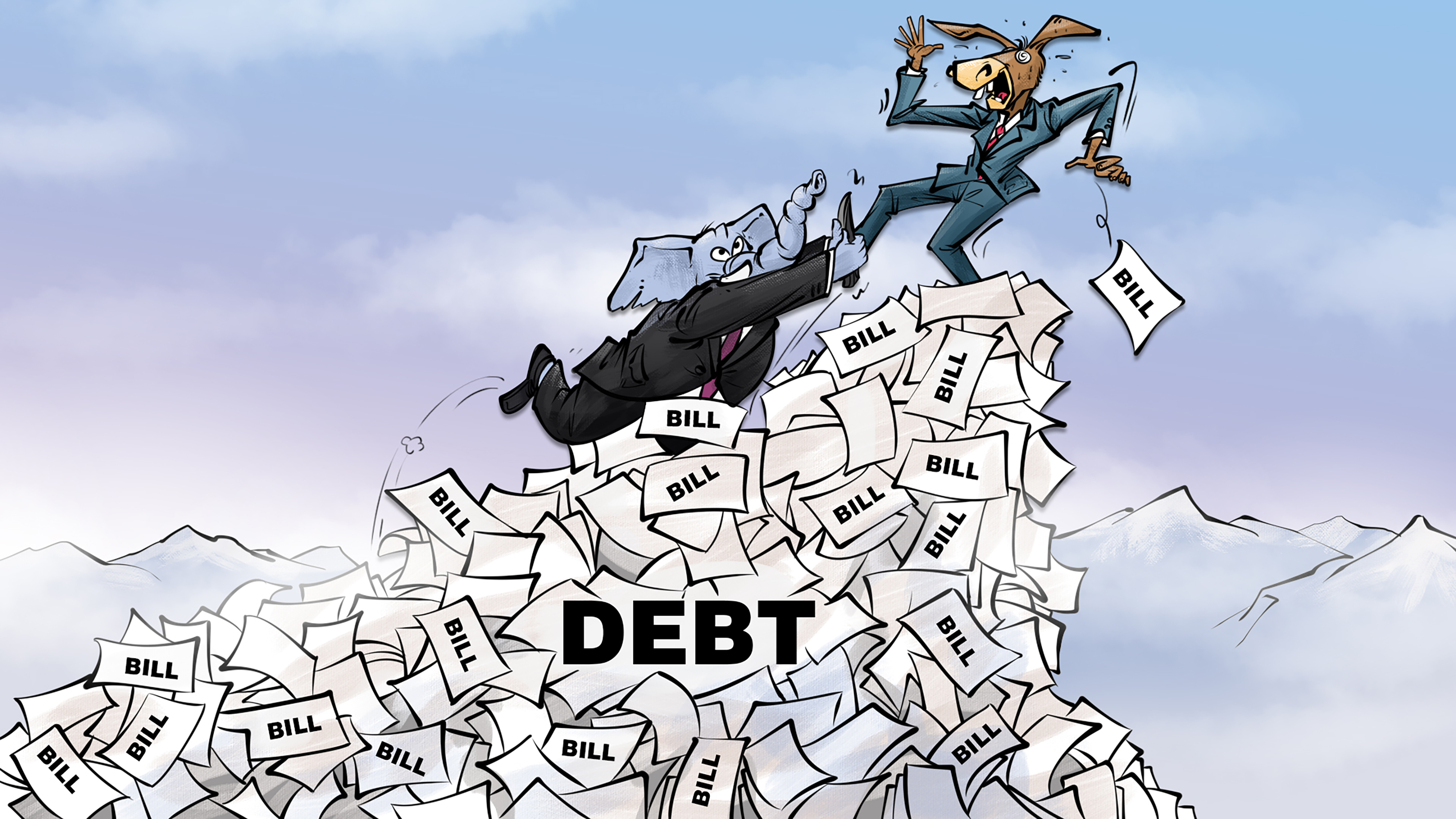 Pay the bill or get the boot/CGTN

Pay the bill or get the boot/CGTN

The debt limit is the total amount of money the US government is allowed to borrow to meet its existing legal obligations. However, it has become a partisan bargaining tool. Every few years, the country’s two main parties indulge in such a prank, and neither of them wants to become the one who ignites the “bomb rocket”. 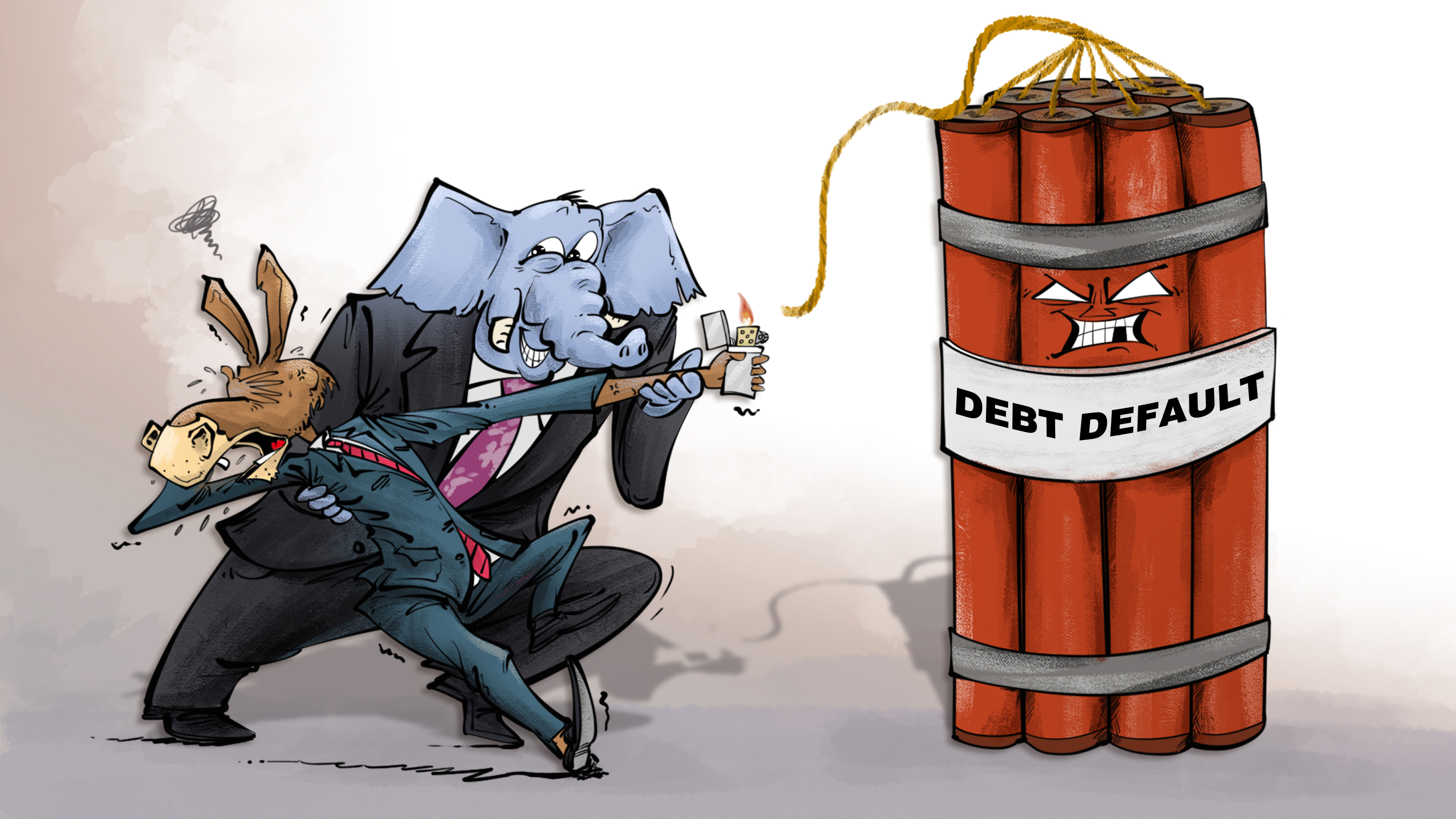 Not quite the fireworks they expected /CGTN

Not quite the fireworks they expected /CGTN

Since 2013, the US Congress has suspended the debt ceiling seven times. Republicans and Democrats, for their own interests, often play Russian roulette with the debt limit before the deadline. They are betting that the “bullet of the debt debacle” will not be shot during their tenure. 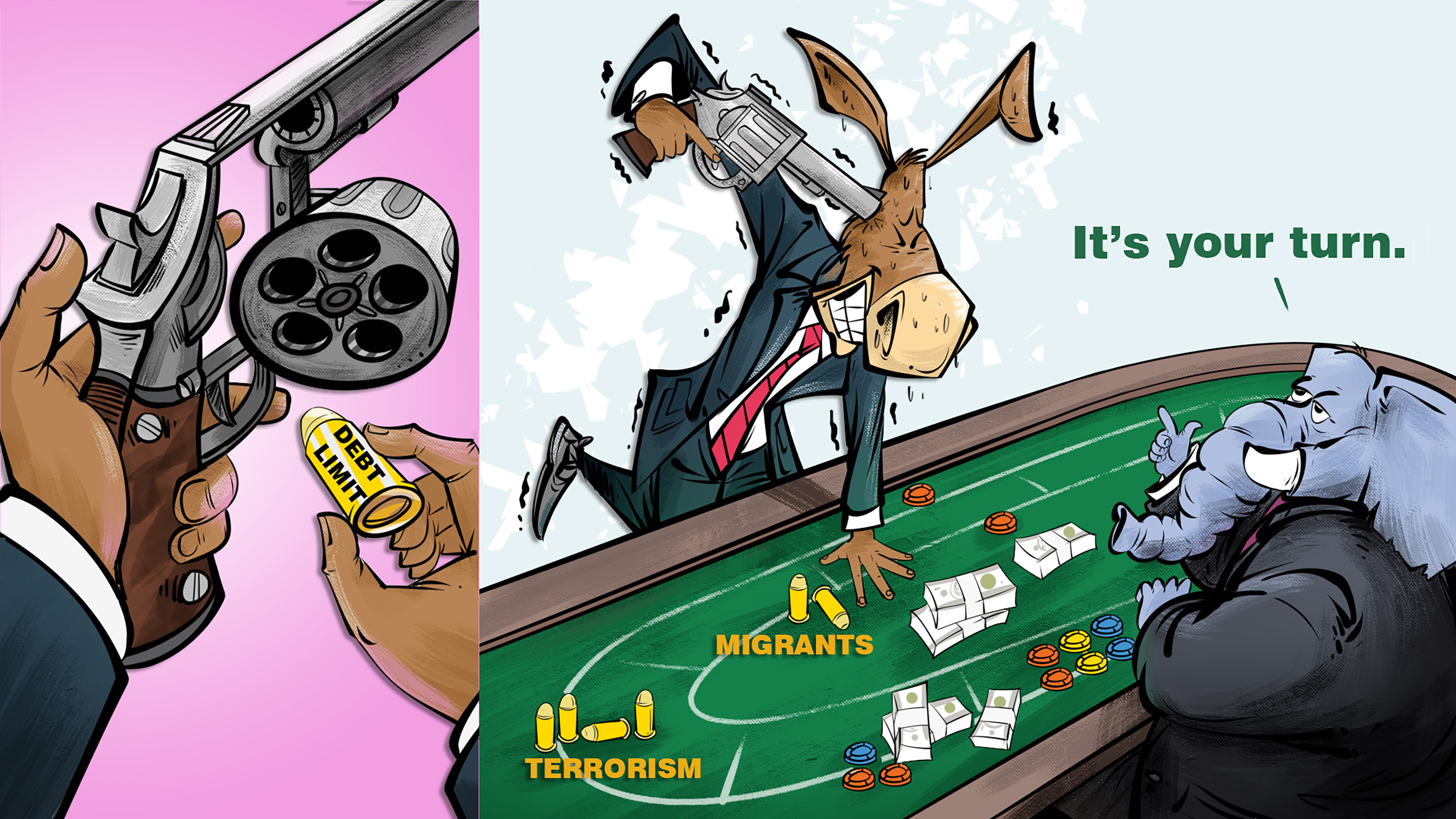 A game of Russian roulette / CGTN

A game of Russian roulette / CGTN

By early September, the US public debt was over $28.7 trillion, thanks to the “joint effort” of both parties over those years. But when it comes to paying the bill, none of them seem to have a heart. 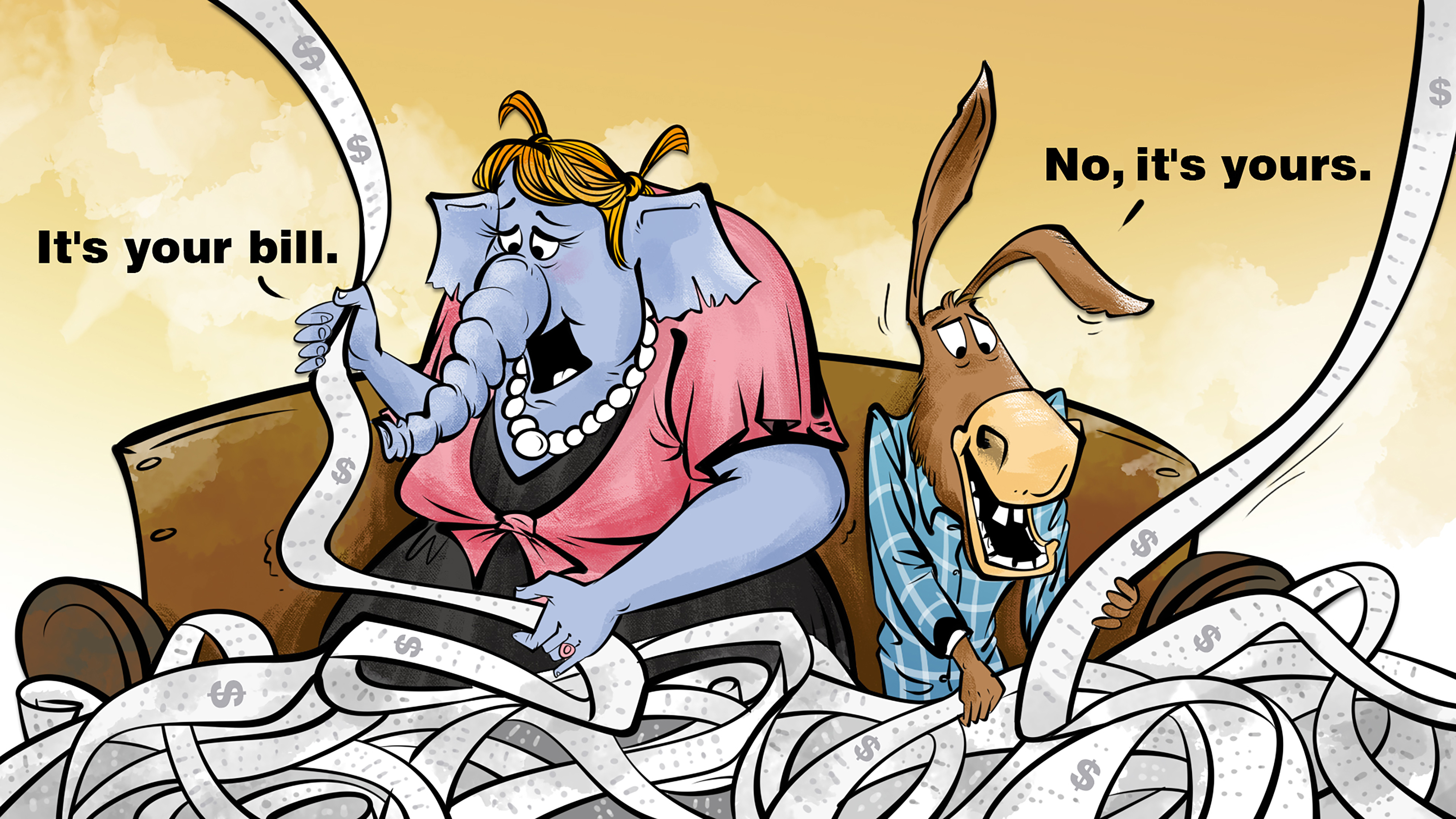 “We cannot escape responsibility for tomorrow by avoiding it today” /CGTN

“We cannot escape responsibility for tomorrow by avoiding it today” /CGTN

During the Trump administration, Republicans lobbied to raise the debt ceiling or suspend it, but faced strong resistance from Democrats. Now that Biden is in power, Democrats have repeatedly offered to suspend the debt ceiling, but Republicans have refused to offer support. In fact, it was the uncontrolled borrowing on both sides that caused the “debt snowball” to grow bigger and bigger, far beyond the government’s ability to repay. As default looms, both parties only want to find expedient measures instead of addressing the underlying problem. 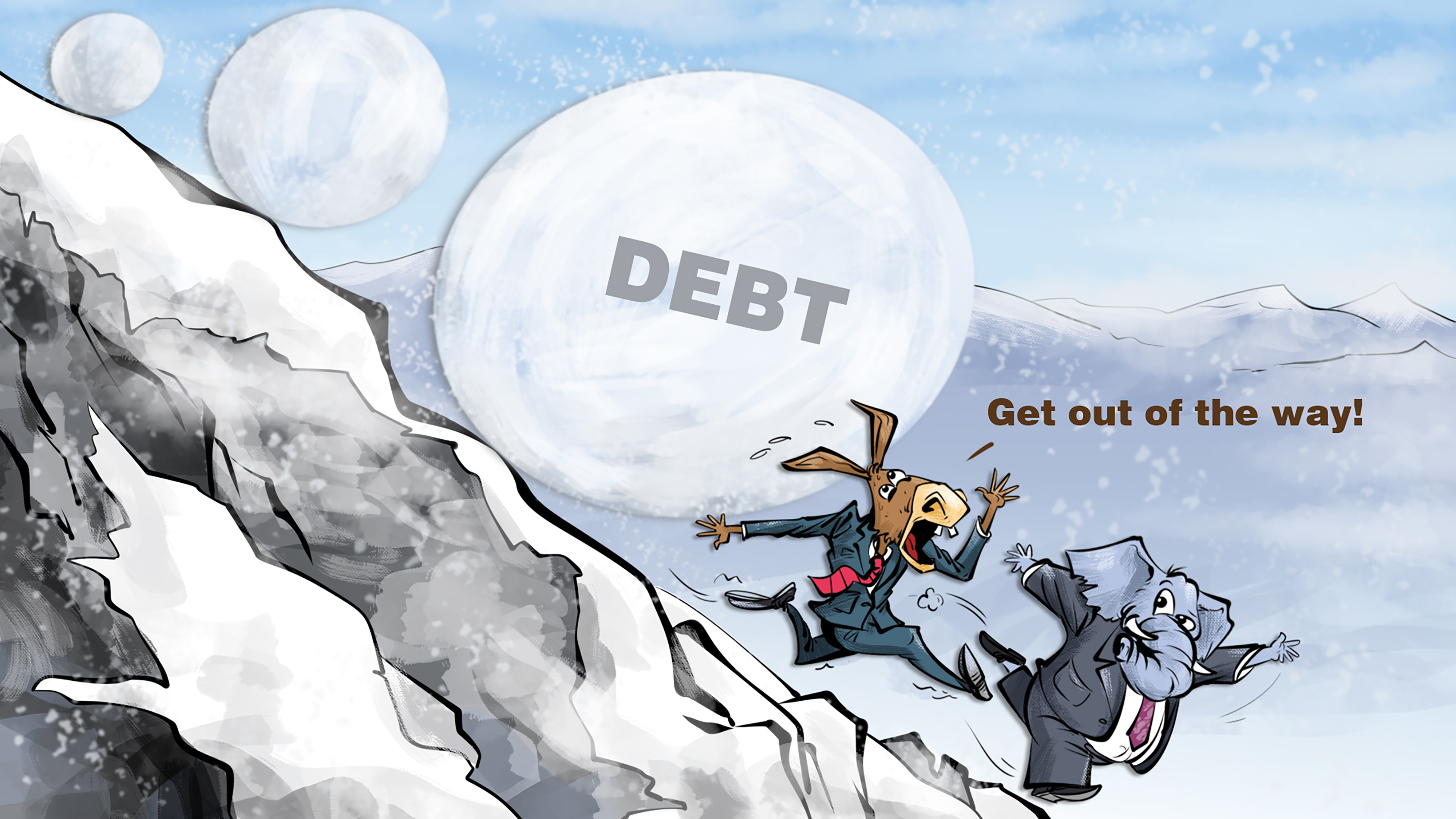 White House economists have warned that a default would be devastating and have a long-term negative impact on American households, businesses and investors, in addition to threatening paychecks, social benefits, security military, the National Weather Service and even the maintenance of the American electrical network. 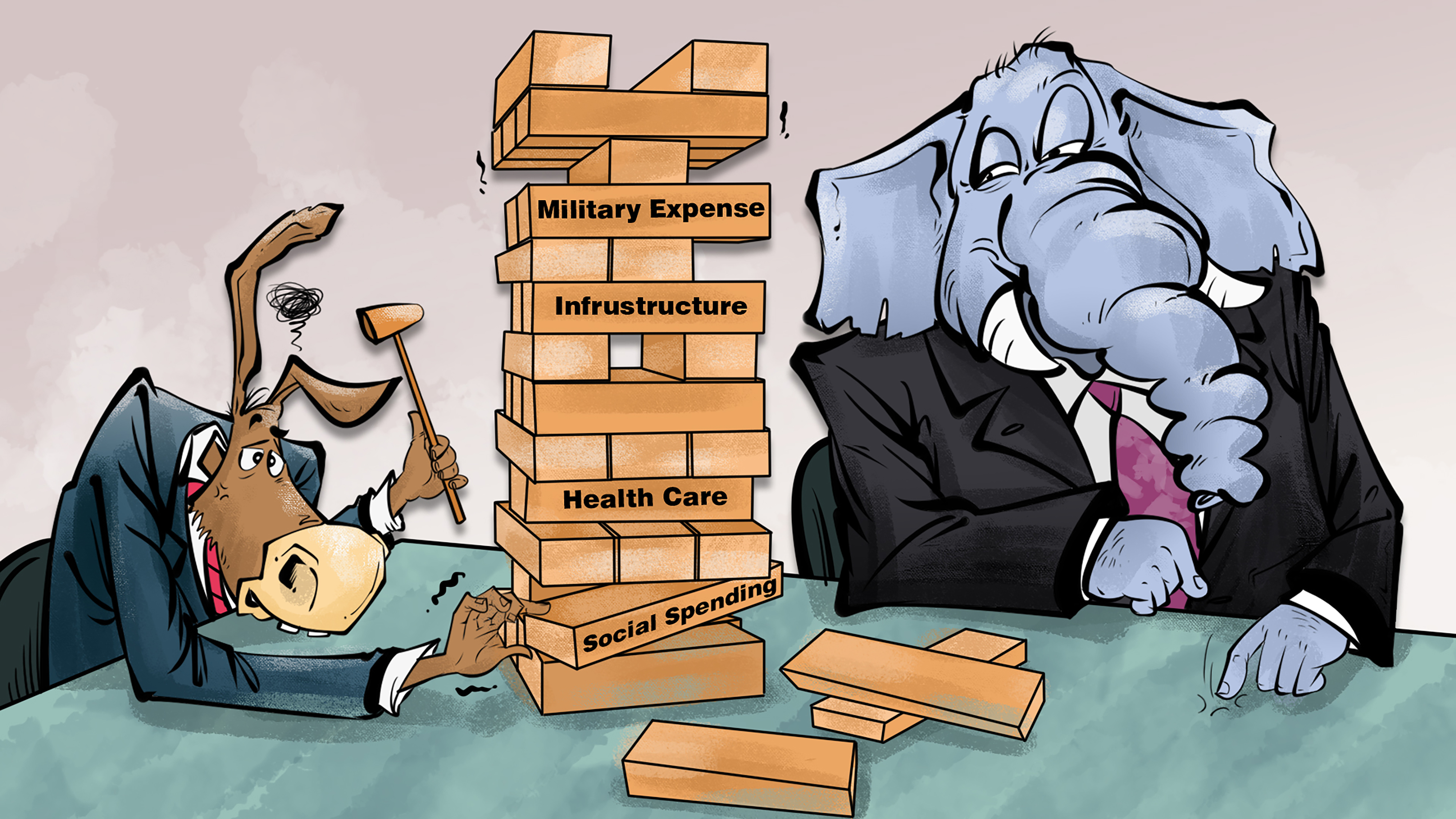 Before everything crumbles under the weight of debt /CGTN

Before everything crumbles under the weight of debt /CGTN

Although the two sides reached a brief truce, Senate Republican Leader Mitch McConnell wrote a letter to Biden saying Republicans would not help Democrats raise the debt ceiling again in the future. As a result, Democrats can only use the budget reconciliation process to solve the problem on their own. Yet the US debt problem requires bipartisan efforts. 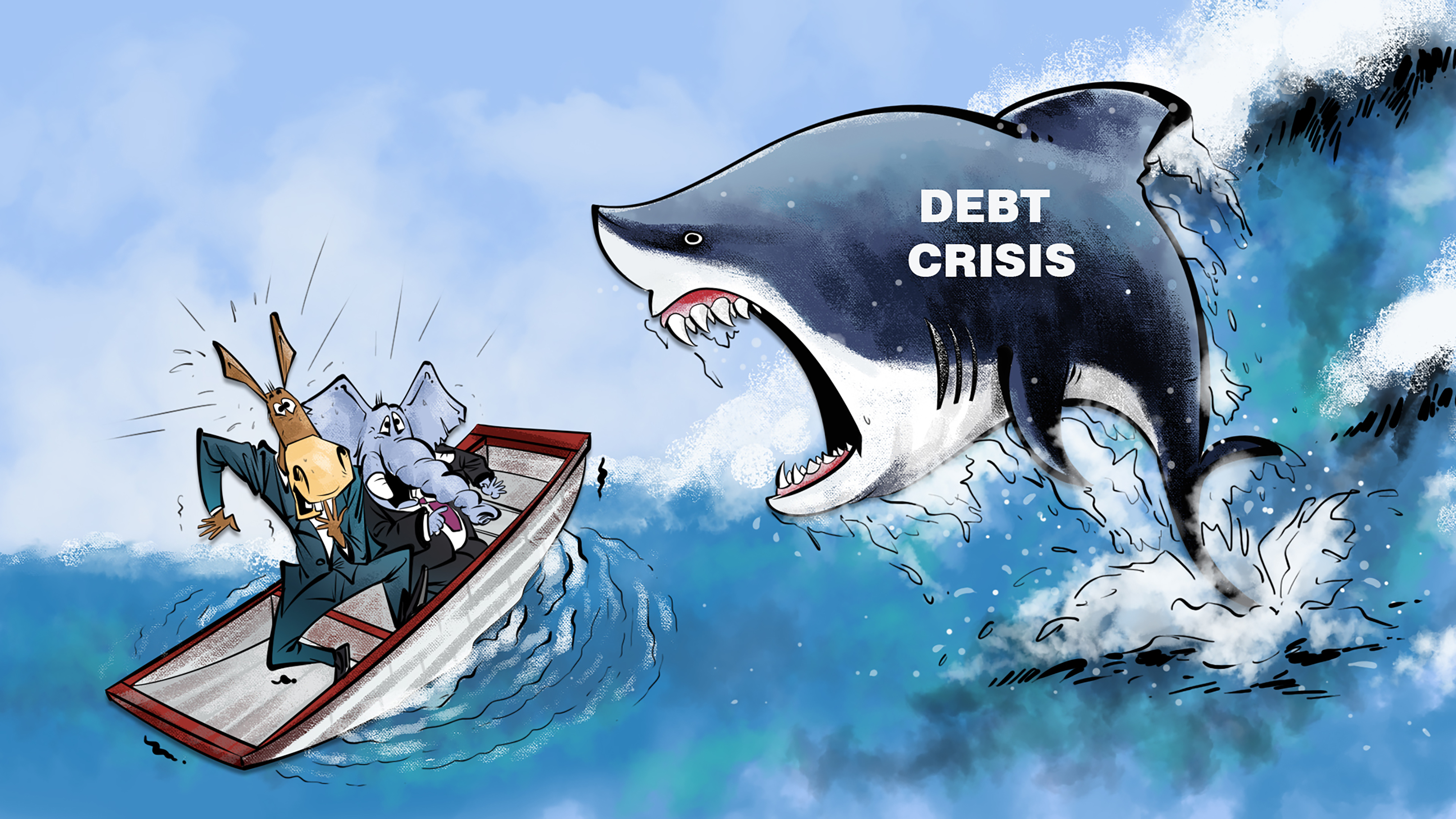 Although the two sides have reached an agreement before the default deadline in recent years, repeated debt ceiling crises have revealed that US partisanship is costing US national interests, undermining the country’s credibility and pushes “Uncle Sam” to the “abyss of the debt crisis.” 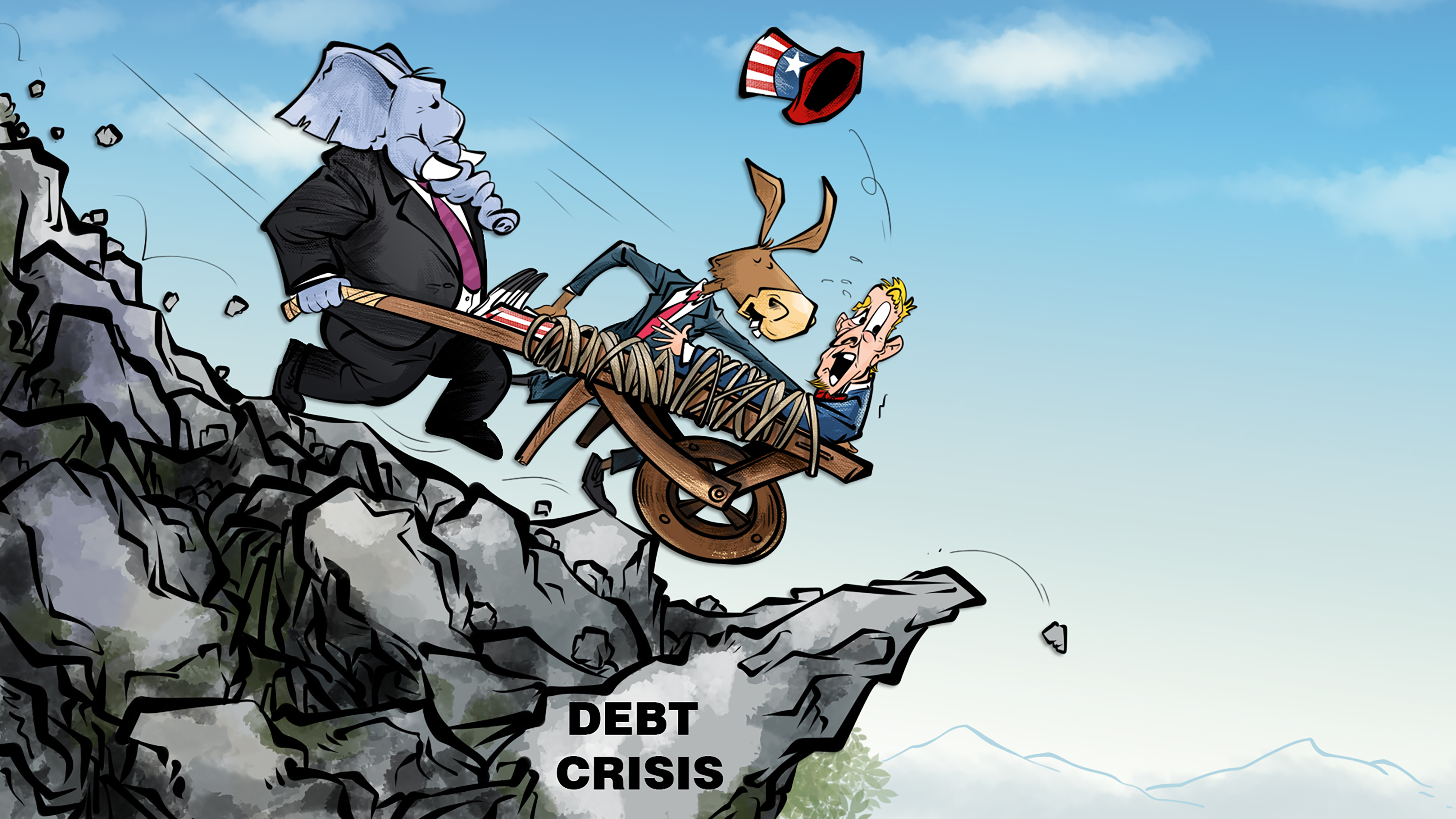 (To submit cartoons and share story ideas or feedback on our cartoon page, please contact us at [email protected])

Roth: If Biden wants to solve a debt crisis, he should pay down the national debt

Debt crisis: A typhoon of debt is about to engulf the world, and India will not emerge unscathed

Opinion: The next debt crisis is lurking in plain sight

A political record in Sri Lanka as the debt crisis deepens

How to solve the debt crisis – Opinion